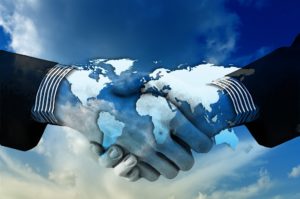 The international community has begun to treat global warming as a serious matter starting only from values found in 1990, with periodic international negotiations and agreements that have aimed at defining the limits of “Greenhouse Gas” emissions by the signatory countries.

But in thirty years of international meetings on climate, the objectives of the United Nations Framework Convention on Climate Change have not yet been reached: UNFCCC [United Nations Framework Conference on Climate Change], which was the first and main international treaty that aimed to the reduction of “Greenhouse Gas” emissions stipulated at the “Earth Summit” in Rio De Janeiro in 1992.

This agreement, however, is not legally binding for the signatory nations, in the sense that it does not impose mandatory limits on greenhouse gas emissions.

Following with other biennial/annual Conference of Parties:

From 1998 to 2007, the work concerning the definition and development of methodologies and procedures for the implementation of the Kyoto Protocol took place in 2007, at COP 13 in Bali (Indonesia), where agreements were formalized on three main mechanisms:

Then followed still other Conference of Parties:

What concerns us directly and more closely, is the agreement on EMISSION TRADING (ET) which is a measure permitted by the participating countries in the form of the creation of a market for the emission of greenhouse gases into the atmosphere..

Joint Implementation – JI is a measure that envisages collaboration between developed countries and that allows a country adhering to the agreement to obtain emission credits thanks to projects to reduce emissions or absorption of greenhouse gas emissions developed in another country that is part of the same agreement.

Clean Development Mechanism – CDM is a tool similar to Joint Implementation and differs from the latter as it involves different actors or both countries that are signatories of the agreement and countries that are not. The flexibility measures for this mechanism still need to be defined.

The Kyoto Protocol can certainly not be considered a success as evidenced by an excerpt from an article published in the La Stampa newspaper on December 7, 2009: “and not only because the failure to ratify the US, India and China has limited its global political importance”, but because “the agreement defined in Japan in December 1997 also missed its numbers. It did not help to reduce greenhouse gas emissions by 5% in the period 2008-2012 compared to the base year 1990 as it had promised itself. On the contrary, while governments were struggling to defend the Japanese pact, the overall growth in CO2 measured from 1990 to 2008 was 41%. It means that it went wrong. Very badly”

The Paris Agreement therefore sprang to life under the best auspices and in favor with the various heads of state and government taking part in COP-21.

The agreement can be considered historical, because it is well regarded both by environmental organizations and by the international press.

The financial markets reacted positively to this agreement with a significant drop in the stock market prices of companies with a core business in carbon and with an increase in stock market values for companies engaged in the green economy.

Environment: what the European Union does

This package of measures, called “Climate and Energy – 20-20-20 package,” encompasses the whole Union’s legislative policy on the environment, as it finally creates legally binding targets for reducing pollution and limiting the increase of the global average temperature at 2 ° C above the pre-industrial level, setting the year 2020 [The objectives and terms of the European actions to protect the climate can be found at www.consilium.europa.eu where the texts of directives and regulations are listed]; definition 20/20/20 represents the synthesis of the three objectives:

On the basis of these objectives, which are binding today, and not mere intentions of good will, Europe has issued numerous measures, among which are:

Among these measures is the regulation of the emission trading system, which has a specific economic aspect aimed at forcing energy-consuming companies not to consume more than what is prescribed, under penalty of heavy penalties.

In fact, in order to limit the pollution from injecting CO2 into the atmosphere, each company is authorized to emit a certain quantity of emissions into the atmosphere, calculated in tons of carbon dioxide per year [MtCO2Eq. = mega tons, ie millions of tons of equivalent carbon dioxide. It’s a unit of measurement of greenhouse gas emissions that is used to calculate the emissions of the different greenhouse gases (each with its own GWP = Global Warming Potential) in terms of CO2 emissions]

If it emits less, it can virtually transfer for payment the remaining part to another less efficient company that has instead been forced to exceed the authorized quota.

This system, in fact, encourages the reduction of emissions and financially penalizes those who pollute more than the authorized limit.